#MerryChristmas I hope I find you well, blessed and happy with your friends and family this holiday season. 2021 has been a hard year for just about everyone. It seems simultaneously like the longest and the shortest year yet. It seems many of the folks I’ve spoken to feel the same. But we persevered and can direct our hope toward 2022, sending our positivity into the future.

As we move forward, I wanted to send you two gifts to brighten your season, free of charge. A Touch of Snow and A Caligo Christmas usually sell for full price on Amazon, but I felt my readers needed a pick me up this Christmas. Both stories are full of joy, I promise. As many of you know, my books series are full of angst and danger (you know you love it!), but these are the perfect quick reads to get you into the holiday spirit. They bring back fan favorite characters from my Destiny in the Shadows series and also from Wings of Caligo.

You can claim your copies via the links below.

A Touch of Snow: https://dl.bookfunnel.com/5qdoqr4gvw

May your heart be filled with light and love. Brighter days are ahead. Always know you are loved, no matter where you are.

Unto us a child is born,

For the first time ever, War Machine, Black Hart, the Vampire’s Handmaiden, Wings of Caligo, and the Swan Princes by author Maggie Lynn Heron-Heidel are all 75% off! It’s one day only, so grab your copies now. They make excellent Holiday gifts for all your friends and family (plus for yourself!). And the best part? No gift wrapping required!

Click here to grab your deals now before they’re gone!

War Machine had me hooked from the first page! – Peg H. On Goodreads

An urban fantasy with a motorcycle riding, kick ass heroine–what’s not to like? This one starts with a great premise, then kicks into action and never stops. – A Kindle Customer on Black Hart

Get your deals now before they go back to full price!

170 million children are enslaved today. Will you listen?

The Herald Väktare bears a new title in the apocalyptic battle of good vs. evil: Shira Hart amnesiac.
When a black magic spell strips her of her memory, powers and identity, Shira Black Hart faces the impossible question of what matters most: who you are or who you choose to be?
With secret enemies lurking in the shadows, there is no safe haven to run to. As Brin seemingly abandons her and a new forbidden attraction flares, she must decide whether to believe what her fractured mind is telling her or to follow her traitorous heart. Xydon’s son may desire to claim the Herald Väktare for himself, but evil’s secret weapon has risen from its grave. While Shira Hart must stop the consuming tide of darkness from rising, the only enemy standing in her way is the worst adversary of them all: herself.

READ IT HERE NOW ON KINDLE UNLIMITED AND IN PAPERBACK

A furious rattling roused me from my stupor.

I blinked confusedly, trying to adjust to the blackness around me. Instead of my pillow, my head was resting on dry sands. The sun rising over the horizon told me that this definitely wasn’t my bedroom, nor was I alone in my bed.

Well, I wouldn’t say alone. The irked rattlesnake at my feet paused its rattling long enough for me to scuttle backward in alarm. It slithered off with a curse sent in my direction after I sent it a hasty apology for disturbing it. Then I was alone in the low dawn light, the dusty soil dry and sharp under my palms. I was laying completely alone in the center of a very large, open expanse of desert.

Or was I? I could hear echoes in my mind that didn’t seem to belong to me. But then they were gone. Had I imagined the whole thing? Or was I losing my mind?

How had I gotten here? I had no memory of leaving my room in my grandfather’s underground compound. Last I remembered, Brin was carrying me to bed after dozing off during a movie, pressing a kiss to my cheek. He tucked me in as I fell asleep.

As I stumbled backward, I came into a whole new kind of horror. I recognized this place. This expanse of desert was one I’d been to only once, two months before. The debris may have been gone from the landscape, but the cactuses remained singed by the fires that had burned here. I would have recognized it anywhere, my insides constricting in panic like a vice.

I was standing on the edge of the crash zone where I’d absorbed Shitheed’s life force. But it couldn’t be. He was dead. I watched him die.

Yet as the dawn spread over the morning sky, I knew without a doubt that something was still to be unearthed. The restlessness in my soul was reawakening with gusto.

It wasn’t over. Somehow I had been brought back here. The question was why and, even better, how. A thousand voices sang in my head, “It’s not over. It’s just begun…”

But what could it be? Shitheed was dead.

Read it now on Kindle Unlimited or Paperback

To celebrate the release of Forgotten Hart next week, Book 1 & 2 of the Vaktare of All Realms series Cursed Hart and Black Hart are on sale for .99 cents each, today only!

*Or, for Kindle Unlimited subscribers, they’re free with your membership. Snag the deal while it’s on before they go back to full price at $3.99 each!Get them while they’re 75% off! 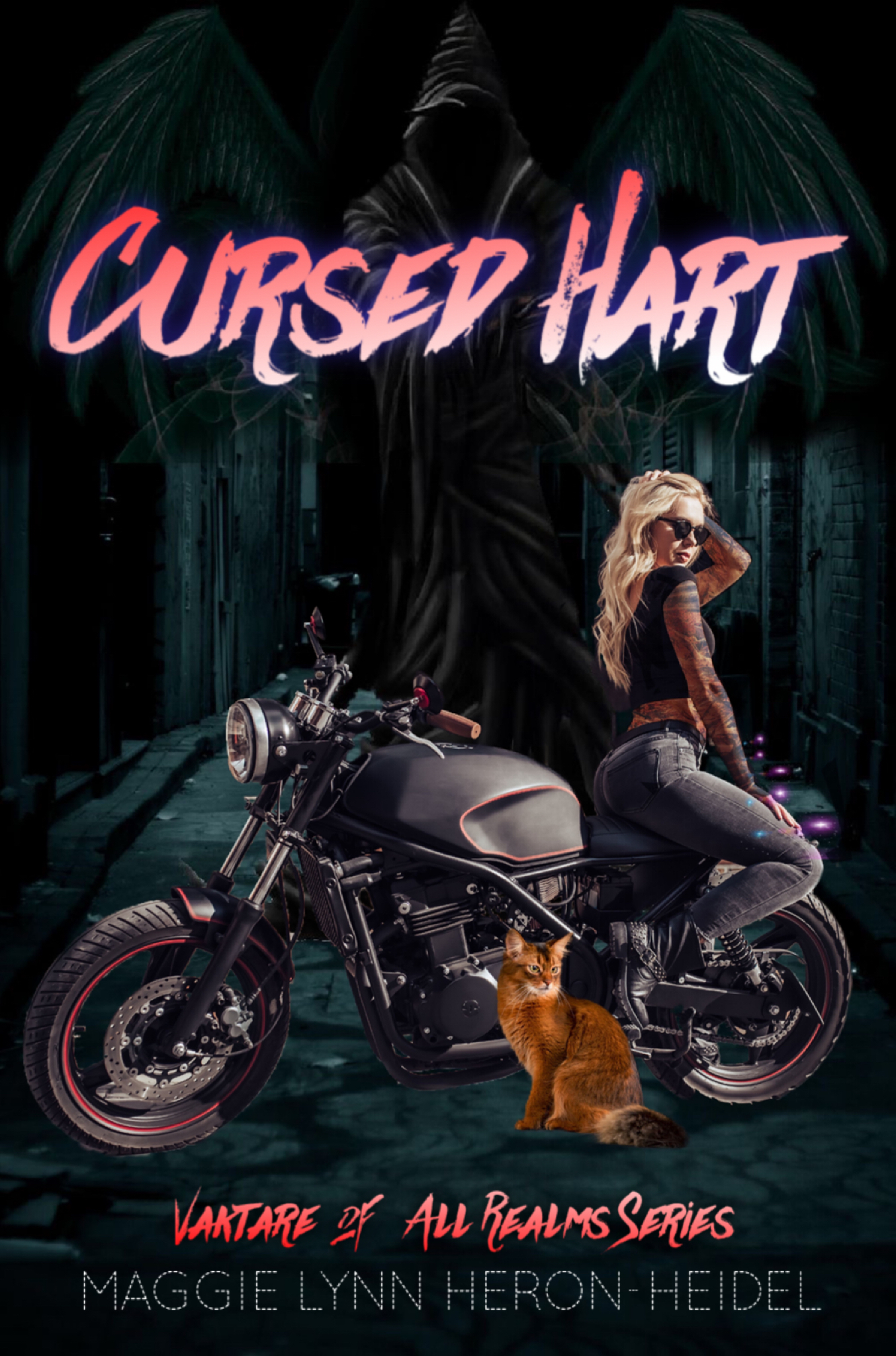 TOP TEN FINALIST FOR BEST URBAN FANTASY 2019 – CAFFIENATED FANTASY AWARDS
Lost by the Fidem. Hunted by Xydon. Her family murdered… Only one power can save them all; the power of a herald Väktare and her Protectore.
When a mysterious stranger arrives at Shira Black’s motorcycle restoration shop, trying to kidnap her and knowing her true identity, all hell breaks loose… quite literally due to her curse. Her only hope to stay free and in turn alive, is to trust two brothers to find the last of her family. To survive, they must unite their powers to evade the demonic forces of evil looking to capture her soul… 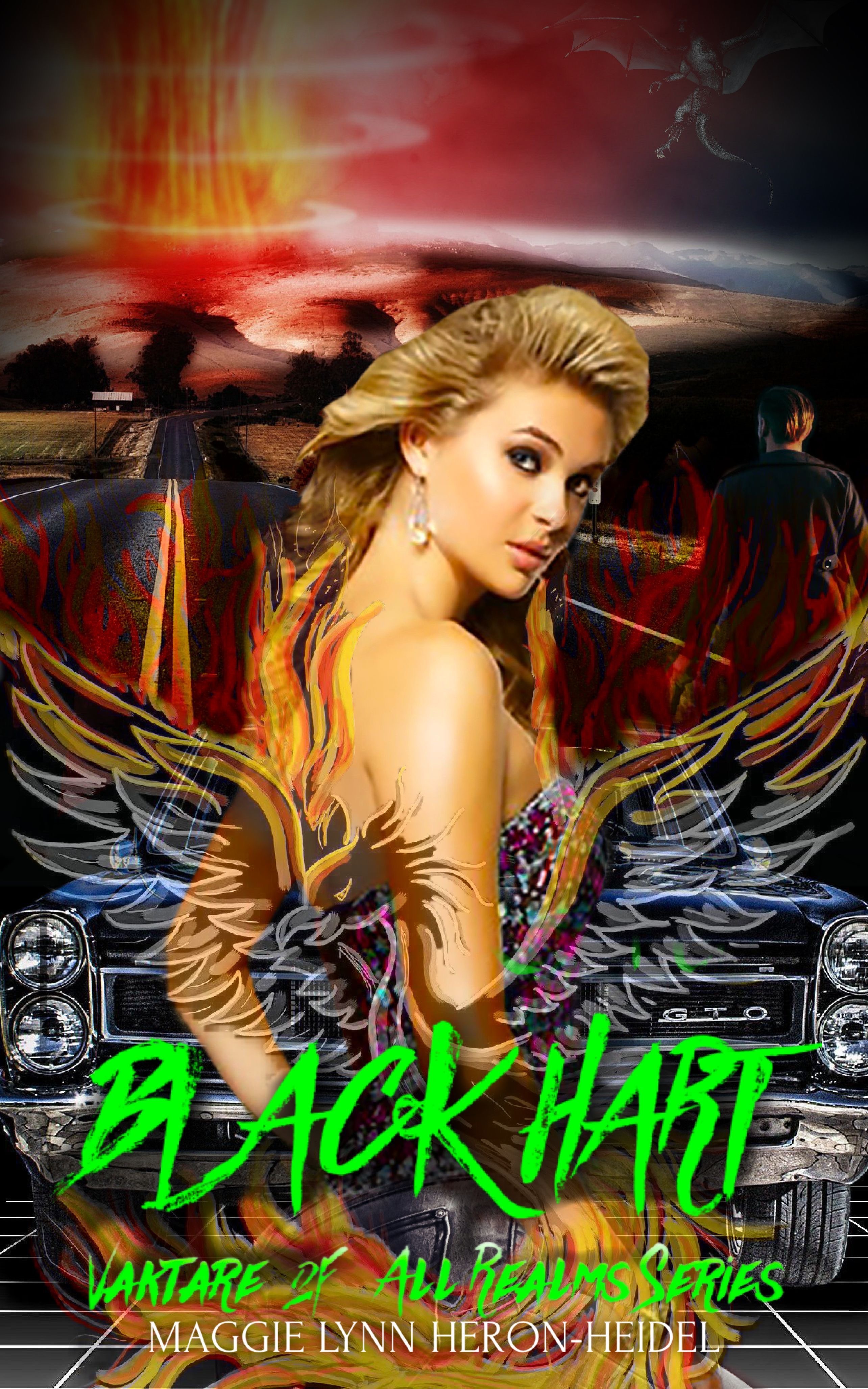 Book 3, Forgotten Hart is coming out next week February 8th, so if you haven’t started this action-packed series, you’d better start today!

Your Tuesday entertainment is here!

👉 Watch live and ask questions in the chat here: bit.ly/LFLEpi3

You can learn more about the hosts here:

Richard H. Stephens (I love his Legends of the Lurker fantasy series!): http://www.richardhstephens.com/

Your Christmas gift from me has arrived! As a special holiday present for all my readers, I’ve released a new Destiny in the Shadows holiday novella. It’s free to you all since I love you so much. 2020 has been a difficult year and I hope this lifts your spirits:

‘Twas the night before Christmas in the mountains of MoiRai,

A snow leopard lingered on the streets under a snowy sky,

Fans of Destiny in the Shadows will rejoice with this heartwarming Christmas tale, providing a glimpse into the mysterious village of MoiRai. Told from fan favorite, Dantenn’s point of view, it will bring a smile to your face and perhaps a few tears to your eyes this Christmas. It is best enjoyed if you have read War Machine and Slave to War first since this is set three years after the events of book two in the series.

A note from me: It was an absolute joy to write this story. Getting directly inside Dantenn’s head was fun, showing you all his point of view. I cried as I wrote the tail end of the story, so I hope you enjoy it as much as I did writing it. Part of the inspiration of the story came from the new addition to my family, a loving stray cat. All I ask is that you review it on Amazon or Goodreads if you enjoy it. All in all, I wish you a very merry Christmas and a healthy, happy New Year! God bless you.

You can nab your free copy below until December 30. Then it will return to full price at 2.99.

Also, in case you did not pick up your copy of last year’s Christmas gift, A Christmas in Caligo, I have it here for free likewise until December 30th: A Caligo Christmas: A Fairy Shifter Novella (Legends of Arestina Book 2) – Kindle edition by Heron-Heidel, Maggie Lynn, Heron Heidel, Peg. Literature & Fiction Kindle eBooks @ Amazon.com.

Happy #Thanksgiving! In the spirit of my novels, I felt a highly advanced race of intelligent ninja GI Joe turkeys that ‘gobble’ humans up might be the better holiday card to suit my readers’ tastes.

Oop. And as a bonus…

I am #thankful for all of you

God bless you all.

Cheat sheet time! 😂 While researching for Del Muerta, I was absolutely astounded how many peeps and beta readers didn’t know this! So herewith as bonus content for you guys, I present your Military Alphabet Code cheat sheet 😉📚💀

“Hey everyone! We appreciate you joining us for another one.

In this episode we talk to Maggie Lynn about her journey to authorship and some of the steps she takes to find her audience. She dives deep into programs she uses as well as her understanding of Amazon and social media algorithms. You don’t want to miss it! As always, find us on social and let us what you thought.